To see with the wisdom of birds. 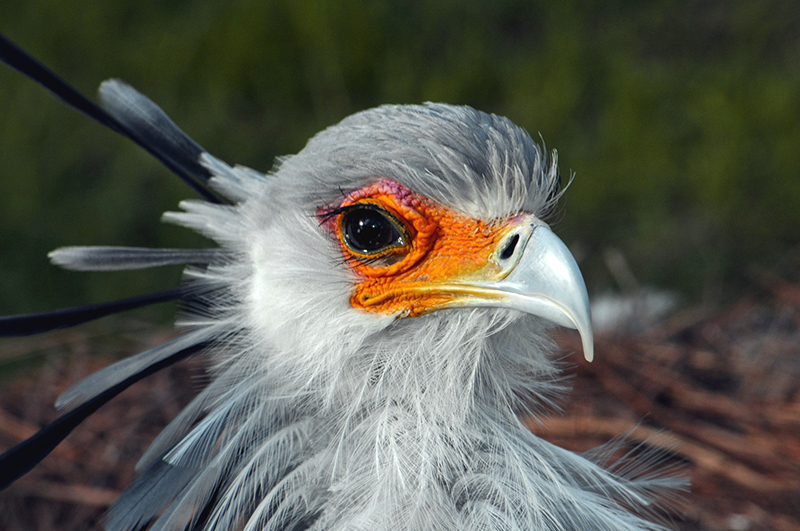 The Spirit Power of Birds


For millennia, humans have been fascinated and inspired by birds. Their wings effortlessly take them to incredible heights. Their plumages shine with every imaginable color. And their migratory journeys amaze us. These Avian traits have inspired cultures worldwide to to assign deep spiritual significance and power to birds. Ancient Druids, Native Americans, Roman augurs, and others have looked to the birds for divinatory answers to deeply spiritual questions. Present day Druidry and other NeoPagan paths can also connect to Spirit through birds.


Ornithovoyance is an original system of Spirit connection created by Bard Owl.

Ornithovoyance is a term coined by Bard Owl, modeled on the French clairvoyance, meaning "clear sight." Ornithovoyance is "bird sight." It employs FEATHER DIVINATION, SONG, SHAPESHIFTING into bird form through guided visualization and meditation, SHAMANIC JOURNEYING, scientific and empathic understanding of ANIMAL BEHAVIOR, and DIRECT COMMUNICATION with birds in their own language.

Ornithovoyance also channels the Spirit power of birds through connection with The Bird Goddess and other ancient Deities associated with birds. Whether you view Deities as real beings from another realm, Universal energies, metaphors for hidden powers of human insight, or just fascinating mythological archetypes, invoking Avian-associated Deity through study and ritual can help you connect deeply with the minds and hearts of birds. With these tools we spread our wings and fly to the feathered heart of Spirit! 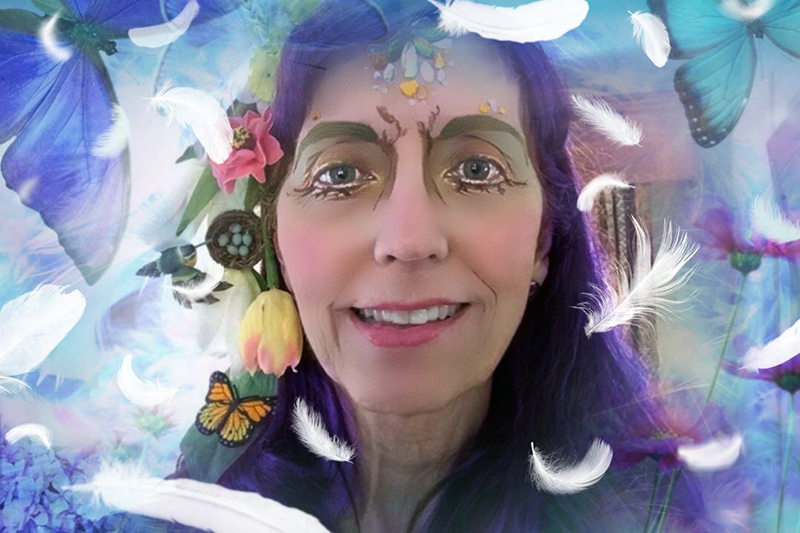 
Bard Owl is the Spirit name of Diane Laura Rains, Ornithovoyante. Diane has one foot firmly planted in the world of Science, and one in Spirit Work.

Diane's Science credentials include a B.S. and M.S. in Wildlife Management with an Animal Behavior Specialty, as well as a PhD(ABD) in Veterinary Physiology, and extensive education in Animal Training. Formerly employed as a Zookeeper, Raptor Rehabilitator, and Park Naturalist, Diane is now a free-lance Nature Educator and Musician. With her husband, Stu Janis, Diane presents musical nature education programs as Fae By Nature at libraries and nature centers.

In matters of Spirit, Diane is a perpetual student of Celtic mythology and Pagan traditions. She is a practicing Druid (Ovate Grade) with the Order of Bards, Ovates, and Druids. She is also a member of the Sisterhood of Avalon. And she is an active member of an eclectic Druid group, Northern Roots Grove, based in the Minneapolis-St.Paul area of Minnesota. Diane serves as one of the grove's Bards, Webmasters, and Diviners. Diane is also a born Animal Empath. From childhood, she has had an easy and strong, innate connection with and understanding of animals. Diane has worked and played with critters of all kinds — dogs, chickens, her pet raven, leopards, monkeys, and everything in between!

Diane and Stu are a music duo, Neptune's Keep. They play original songs written and sung by Diane, accompanied by hammered dulcimer, harmonium, electric Celesta, and other eclectic instruments. All of Diane's music is designed to connect human beings with animals. Back in the day, Neptune's Keep even made music with fish! The band records professionally and is currently working on their fourth album, called The Singing Grove. It features songs about Arctic birds, trees, Goddesses, Elementals, and more.

On the home front, Diane and Stu live in western Wisconsin with an adorable Yappy Doggie and two seahorses. Diane manages their six acre property as a Wildlife Sanctuary called Punchinello Prairie. There Diane is an Honorary Member of a flock of Blue Jays (one of whom, Jitterbug, is her Spirit Familiar) as well as a local Crow family. Diane has learned to speak Jay and Crow, and her flockmates expect her to respond to their frequent Contact Calls. Stu and indoor critters have learned not to be startled by Diane's frequent sudden outbursts of "caw" and "jeer"!

Diane is obsessed with Snowy Owls and Reindeer, and she works to educate humans about the perils faced by Arctic species due to climate change and other human folly. This is reflected in her music and art. Nort surprisingly, Diane nd Stu are avid birders. Winter is a beloved season for them, for that’s the magical time when they get to see Snowy Owls overwintering in the farmlands near our property. During Diane's time in Raptor Rehab years ago, she got to handle many Snowy Owls, and she fell hopelessly in love!

Bard Owl is committed to helping others toward a deeply felt and magically experienced communion with the Avian world and its wisdom. We humans may have our feet firmly planted on s olid earth, but our spirits can take wing and fly!


Bard Owl's Ornithovoyante mission is to help people connect to Spirit through birds, and to inspire a deeper knowledge of and concern for Avian species. We offer several paths for learning about birds and connecting with bird Spirit.

With the dramatic effects of climate change and other human-caused environmental problems, many Avian species are in serious peril. They need our help! Ornithovoyance helps to raise awareness about these issues through a deep understanding of Avian lives, psyche, and Spirit. In turn, Ornithovoyance helps us reach deep into the human heart and expand our own horizons though bird sight. The Ornithovoyante gains a higher perspective, feels the freedom of wings, and comes to a profound understanding of our planet and ourselves. We offer several products/tools for this work:

with cruelty-free, naturally molted feathers. We have a huge assortment of precious feathers from unique bird species around the world.

in Ornithovoyance techniques, as well as bird-associated Deities and mythologies.

handmade by Bard Owl with feathers, stones, and other materials.

recorded in the wild by Bard Owl.


All services and products can be purchased through our Ornithovoyance Etsy shop. Vist the shop for more details about each of our offerings.

Currently our one-to-one Feather Divination and Shapeshifting Visualization sessions are held only online, via Skype. In-person Ornithovoyance sessions may be available occasionally at Pagan conventions.

DISCLAIMER 1:   Feather Divination can help us glimpse hidden dynamics of a question, situation, or future outcome. Birds exist in realms far above our perception. From them we gain a higher and broader, yet deeper perspective. Divination is NOT simple fortune-telling. It is also NOT Psychotherapy or Medicine! If you suffer from physical or mental illness, rely on your health specialist for solutions to those issues!!

DISCLAIMER 2:   Shapeshifting into bird form via visualization and meditation is a liberating and insightful mental exercise. It does NOT physically change you into a bird, so don't go jumping off of high places!! Shapeshifting is not an appropriate exercise for those suffering from Schizophrenia or other forms of hallucination. We also strictly prohibit the use of psychotropic drugs during any Ornithovoyance session! While our techniques are perfectly safe for any reasonable person, we are not responsible for bodily or mental harm that may result from participation in Ornithovoyance divination or shapeshifting. Use your own best judgment to decide if Ornithovoyance is right for you!

Bard Owl donates a portion of her Ornithovoyance earnings to bird conservation and encourages her clients to consider donating, as well! 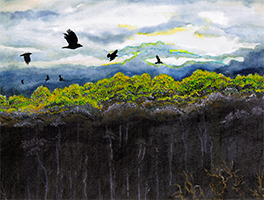 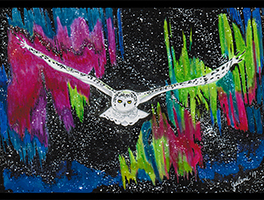 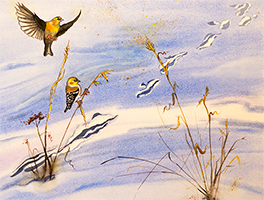 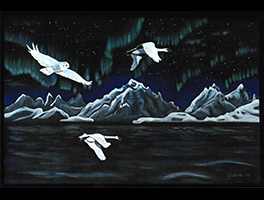 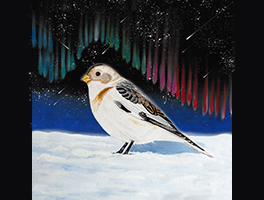 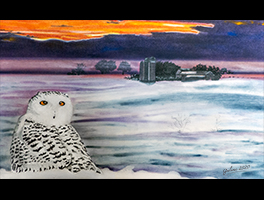 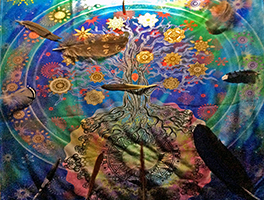 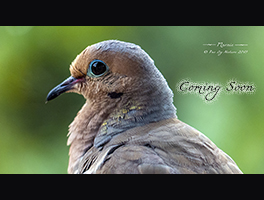 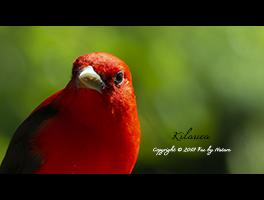 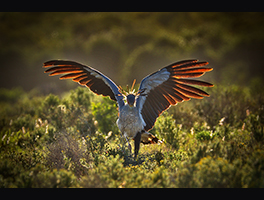 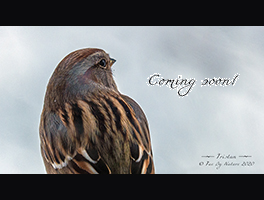 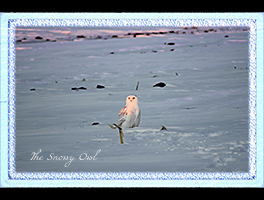